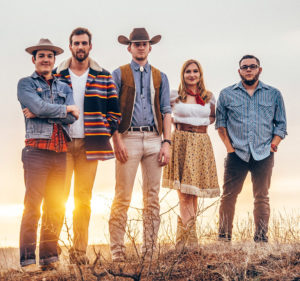 The evening portion of our all-day Octoberfest. Daytime acts are free!

At some point between Lubbock and Midland, the land shifts from endless cotton rows and rich farmland into pump jacks and mesquite tree filled pastures. Lubbock roots-country outfit Flatland Cavalry straddles that line between the Panhandle and the badlands of West Texas with their bright, earthy country ballads and gritty folk ramblers. Vocalist and chief songwriter Cleto Cordero’s honest, smooth songwriting revolves around the vernacular world of West Texas that he’s constructed with dusty, sun-soaked character sketches, brooding self-evaluations, and candid love songs that all have the ability to turn into singalong anthems.

From the moment of their brilliant self-titled debut in 2013, it’s been clear that Flatt Lonesome is, as the title of its third album, a Runaway Train. Multiple International Bluegrass Music Association, Society for the Preservation of Bluegrass Music of America, and Dove nominations and awards, top charting songs, Billboard charting albums, countless media appearances (including becoming familiar faces on the legendary Grand Ole Opry stage), and a demanding tour schedule, all combine in testimony to the phenomenon that is Flatt Lonesome.