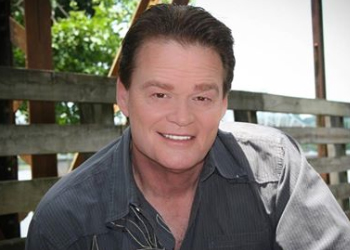 Doug had already past the age of 30 when a Nashville manager paired him up with Epic, his first record label. He debuted in1990 with the single, “I’d Be Better Off (In a Pine Box),” the first release from his 1990 self-titled debuted album for Epic records. This album found Pine Box at a number 4 position on the charts with three more in the top 10 ratings. These singles included, “Fourteen Minutes Old”, number 6 and number 5,”These Lips Don’t Know How to Say Goodbye”. Following these songs was his first number one, “In a Different Light”. In addition, the single was nominated for a Grammy Award for Best Country Song. Both this album and its successor, 1991’s I Thought It Was You, earned a platinum certification from The Recording Industry Association of America for U.S. shipments of one million copies. Two more albums for Epic, 1992’s From The Heart and 1994’s More Love, each was certified gold. Stone has charted –twenty-two singles on Hot Country Songs, with his greatest chart success coming between 1990 and 1995. In this time span, he charted four Number Ones: “In a Different Light”, “A Jukebox and a Country Song”, “Too Busy Being in Love”, and “Why Didn’t I think of That”, and eleven more Top Ten singles. 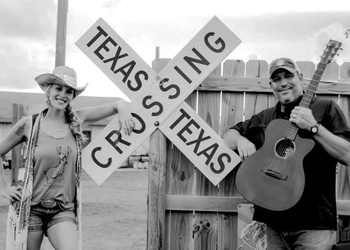 Texas Crossing brings the heart of country back to the forefront. With an honest, believable sound, this award winning husband and wife team capture the soul of music. They deliver audiences a memory of the past and present that side steps the mainstream and takes us back to our roots.

“We are native Texan and mix traditional styled country, mixed with Texas Outlaw country. It is our mission to bring back that old fashion country music!”

Reserved Table next to the dance floor and sausage &amp; popcorn snacks from Inman’s Kitchen. VIP price includes admission for 8 ($300) and the reserved table.